As recently covered in the Press Democrat, the nonprofit Kelly Creek Protection Project recently announced that it has succeeded in securing $4.1 million to purchase 44 acres adjacent to the popular Helen Putnam Regional Park in Petaluma. The land had been proposed for housing by property owner Davidon Homes, but now may be added to the park instead. Davidon Homes will retain 14 adjacent acres, where it plans to build 28 homes. PCI’s Maggie Jensen has been the lead designer on the proposed park expansion project.

Kelly Creek runs through the property. A proposed new multi-use path would run along it and connect with the existing park’s six miles of trails. Other proposed park enhancements include rehabilitating the three red barns into an interpretive center, an amphitheater, livestock demonstration areas and a children’s playground. 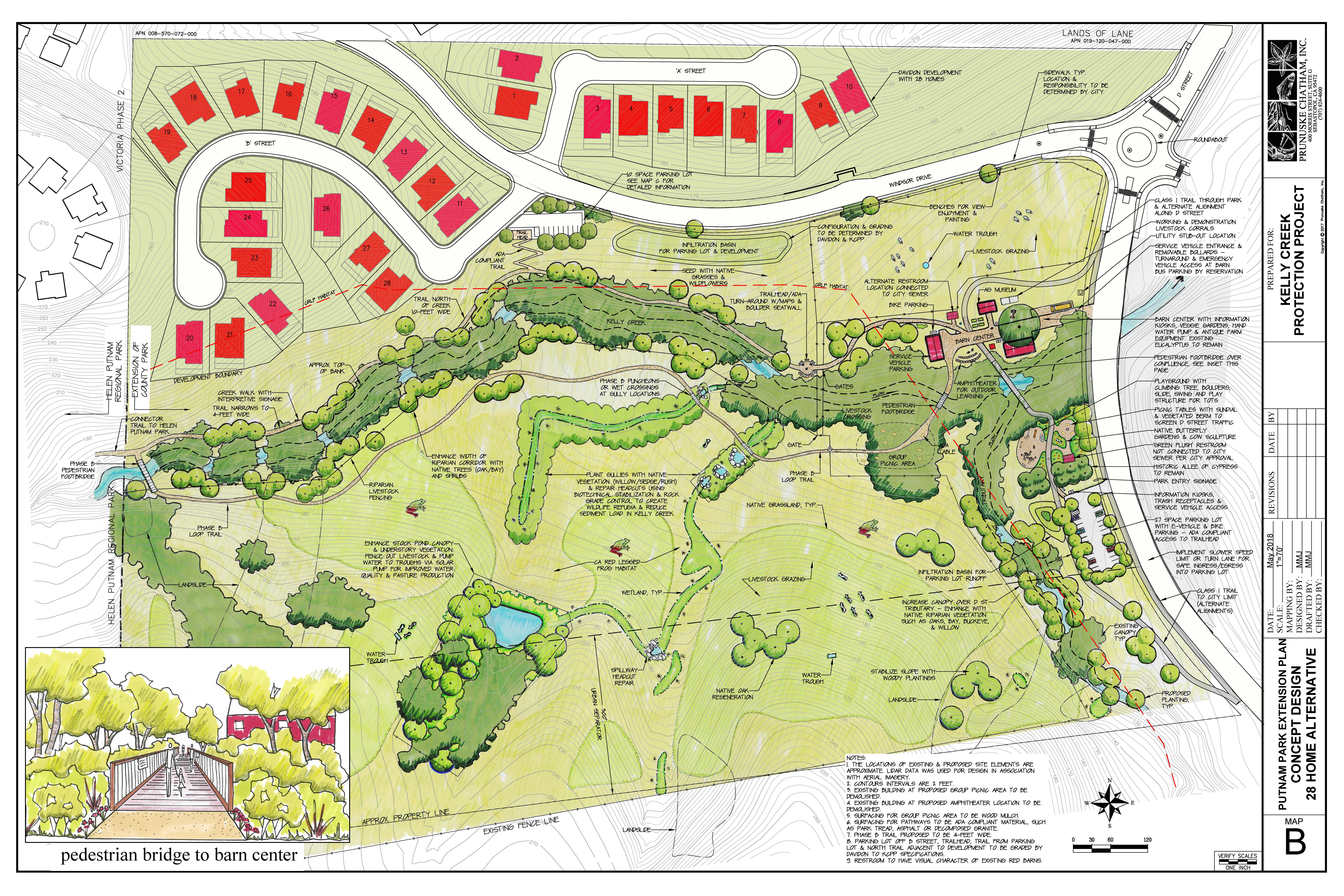 This entry was posted in News, Park planning.