In 2016, PCI was approached by a group of homeowners along a local creek with a resource protection challenge. The homeowners shared a private driveway in western Sebastopol; a small tributary to Redwood Creek flowed through a steel culvert beneath their collective access route. The culvert had plugged numerous times, and in the summer of 2016, a sinkhole developed in the middle of the driveway. An engineer from PCI evaluated the site and determined that the culvert was undersized and that its bottom portion had rotted out. 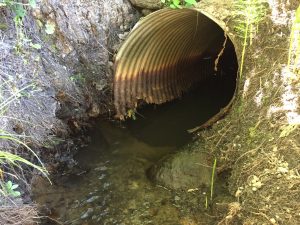 PCI first completed a feasibility study that evaluated the problem and identified several solutions that would allow continued access to the residences while correcting the long-standing culvert problem. The study evaluated a bridge and various culvert replacements. It was determined that the culvert should be replaced, stabilizing the inlet and outlet with meticulously stacked rock to minimize encroachment into the stream channel.

The project was approved using the Habitat Restoration and Enhancement Act (HREA) process because evaluation of the area identified a potential breeding pond for federally endangered California freshwater shrimp (Syncaris pacifica) approximately 300 yards upstream of the site. Freshwater shrimp are only found in Marin, Sonoma and Napa Counties in portions of 16 coastal streams (Lagunitas Creek in Marin County contains the largest population). Throughout these waterways, freshwater shrimp are usually found beneath undercut banks with fine roots or overhanging vegetation. California Department of Fish and Wildlife (CDFW) and other agencies recognized the potential for a catastrophic loss of freshwater shrimp habitat resulting from collapse of the culvert; they moved quickly with authorization under the HREA permitting pathway. One of PCI’s biologists, as well as CDFW staff, identified freshwater shrimp both up and downstream of the culvert crossing. 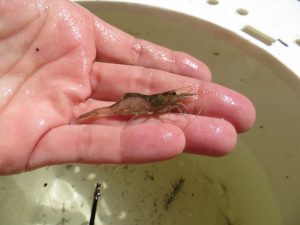 PCI built the project in 2018. The effort included a temporary diversion to enable work within a dry channel; removal of the failing culvert; and replacement with a new culvert. Additional project components included habitat enhancement and bioengineered structures to accommodate fish passage and freshwater shrimp habitat; installation of a rock weir; and a subsurface grade-control structure to prevent scour and provide residual pools for improving freshwater shrimp access to overhanging banks during the dry season. 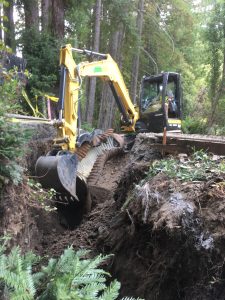 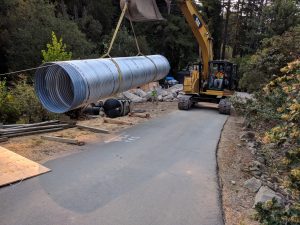 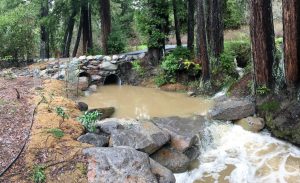 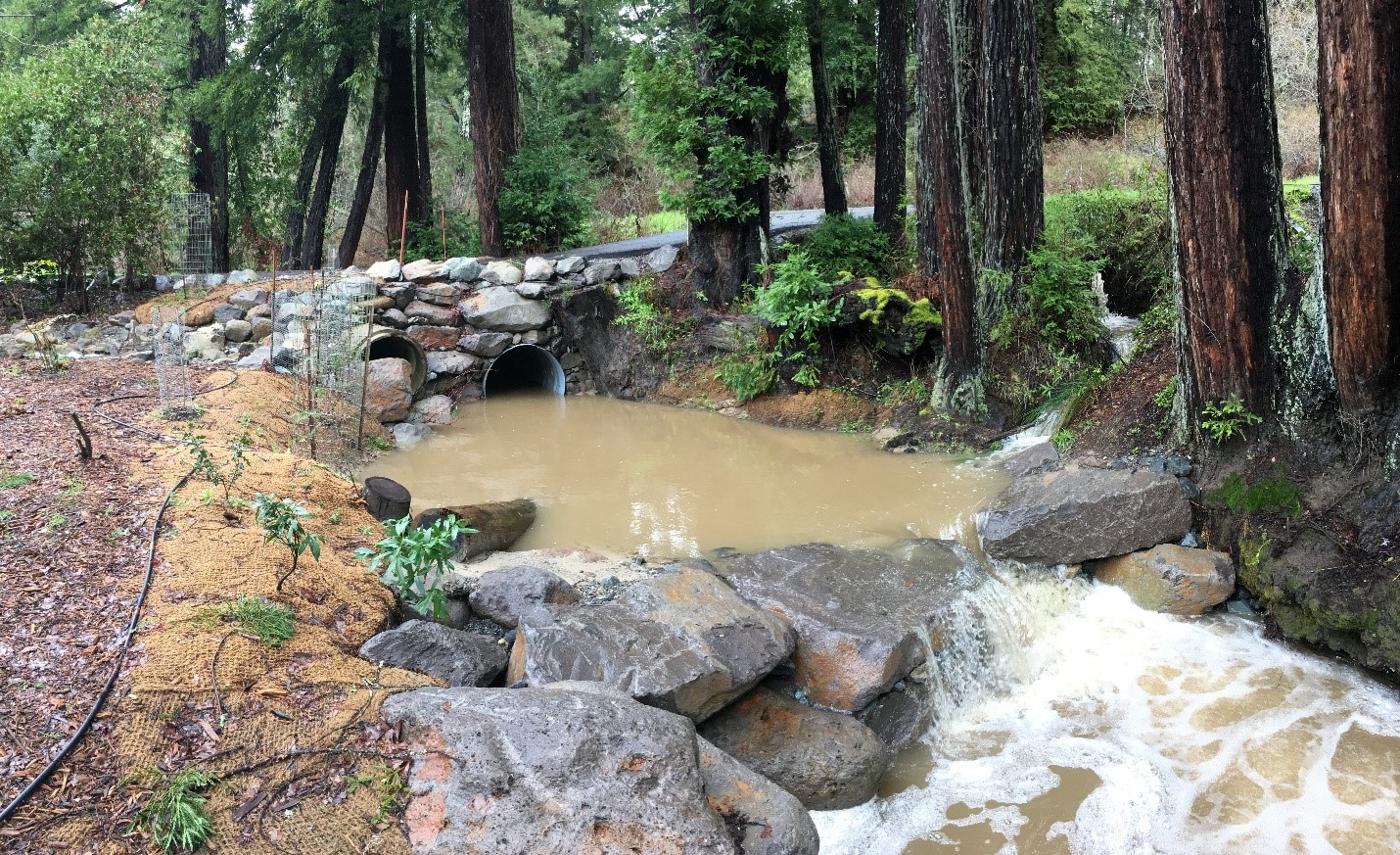